Your Charleston Saint Patrick's Day Round Up 2016 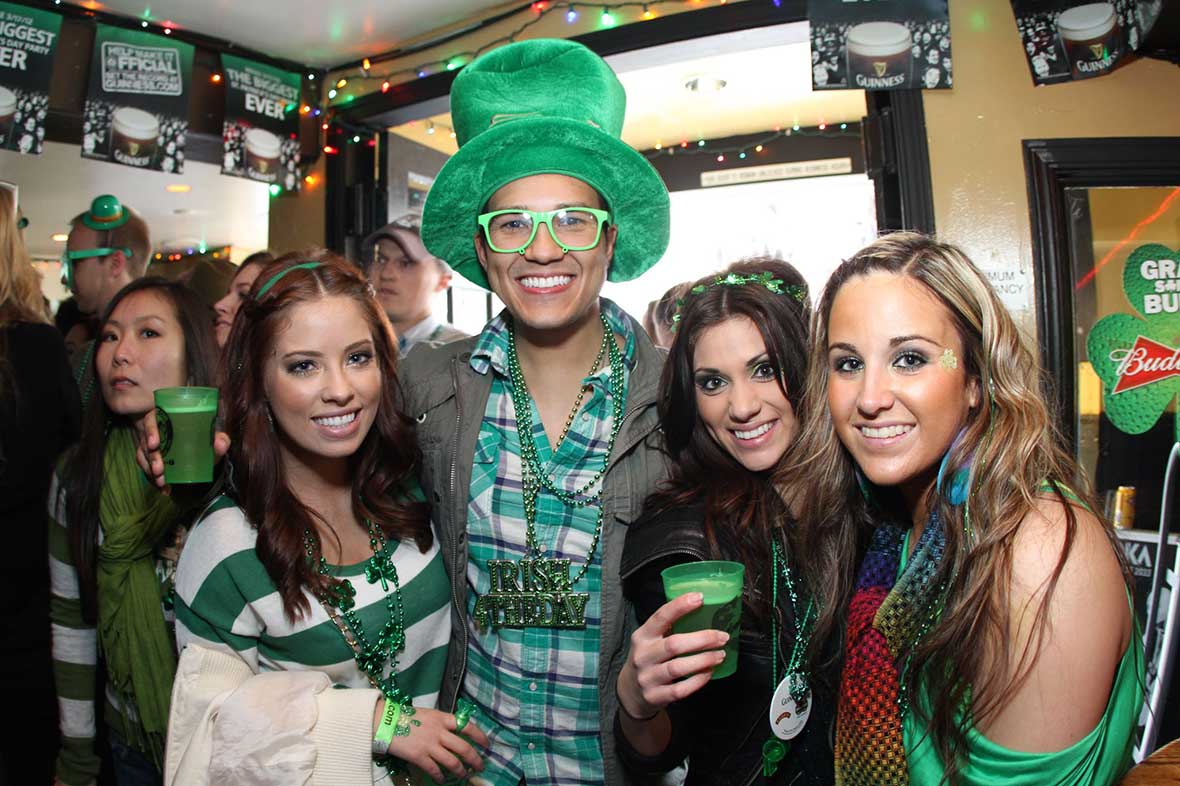 It's that time of year again to bust out anything green you own, avoid getting pinched and possibly enjoy a little luck of the Irish. We've broken down some of the top Saint Paddy's events in Charleston for you. Saint Patrick's Day actually falls on Thursday March 17th but that's not stopping the party's from starting early. We have festivities beginning this weekend on the 12th and more going on next weekend. Try your luck on a few or go for broke and hit em all. Just remember to have fun and be safe. We have lot's of great transportation options to get you to and from the party safe and sound, so you can enjoy all your green brews and Irish car bombs.

This year’s celebrations of the annual St. Patrick’s Day celebration promise to be fun-filled and memorable. Commencing on Saturday, March 12th, celebrations in the Lowcountry will be at the Olde Village near Park Circle, East Montague Avenue. But there’s more as pomp and glamour will mark the 13th Annual “St. Paddy’s Day Block Party & Parade.” You shouldn’t miss the noon to 6 PM Block Party, the only place that assures a amazing outing for the whole family.

Live electric performances across the three stages, fun-fare from the local restaurants, local food vending among other will color the event. For your little ones, ecstasy at the Kid’s Zone’s jump castles and inflatable obstacles and, of course, face painting, fire truck and the mechanical bull will be available too. The North Charleston Artist Guild will be abuzz, as always. Remember that The Block Party will be held on the East Montague Avenue sandwiched between Jenkins and Virginia Avenues. 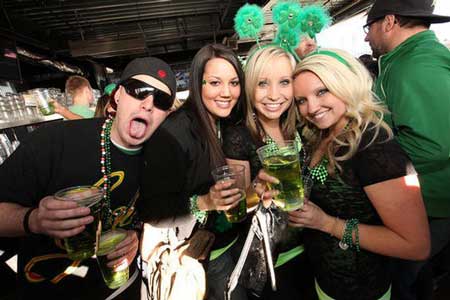 Towards the end of the bash, prizes will be awarded at the Loggerheads. There will be a couple of awards including prizes for all designated drivers and the grand prize will be Gift Certificates for all Folly Restaurants. Remember that from noon, all systems will be underway.
All the participating bars and restaurants to check-in for the extravaganza include the following. 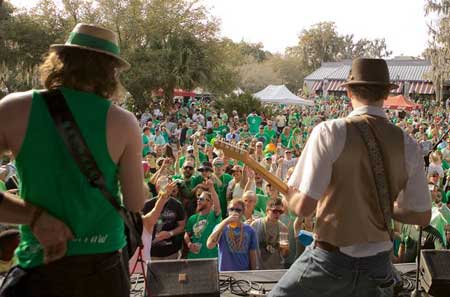 Tons of food and drinks from noon, electrifying performances and live music will complement the green jerseys of the day. Come as we celebrate our Irish heritage and if your lucky, you will pocket $10,000 with 103.5 WEZL at 3 pm.

St. Paddy’s Pawlooza - March 12th - Noon to 4pm
Mark your diaries because every dog is Irish on 12th March! All roads lead to North Charleston Wannamaker County Park for the glamour as the dog-friendly event will offer ‘man and his best friend’ the chance to pay homage to St. Paddy’s Pawlooza.

The event starts from noon to 4 pm.
Join in the fun with authentic Irish music and lots of lovely dogs. No outside alcohol and coolers will be allowed and admission fees will be  $5 per person. Dogs, kids 12 years and below, and Gold Pass members will be permitted in, free of charge.
The Michael Martin Band will grace the stage and food trucks will be available as well as lots of craft beer to go around.. Remember that all pets should be restrained or leashed when not in the Dog Park. 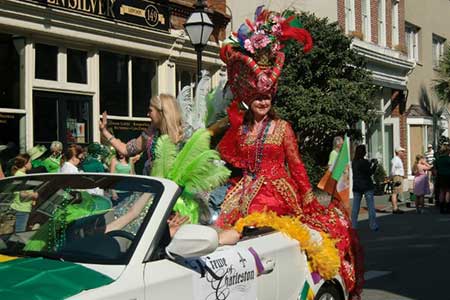 Charleston’s St Patrick’s Day Parade - March 17th - 8am 12pm
It's South Carolina's biggest best parade in honor of Saint Patrick. There will be a celebratory mass at St. Patrick's church starting at 8am and the parade begins at 10 am sharp.  The parade which will include step sancers, fire trucks, military units, fiddlers, local schools and more will start at King and Radcliffe and proceed down King St towards Broad.

There will be a Flag Raising at City Hall at 11:30 am and the singing of the Irish National Anthem.  The event is FREE to attend and there will be food vendors selling all your favorite treats. Be sure to check out Live 5 News to get updates on the road closures in downtown for the event.

You can check out Triangle Char and Bar in Avondale for their Inagural St Patty's Block Party starting at 2pm.  There will be plenty of food specials, car bombs and $4 Guiness beers. Plain Jane will be playing from  7pm to 10pm.

Bachelor Party Mistakes Not To Make

Your Charleston Saint Patrick's Day Round Up 2016

What Our Clients Say

Get in touch with us